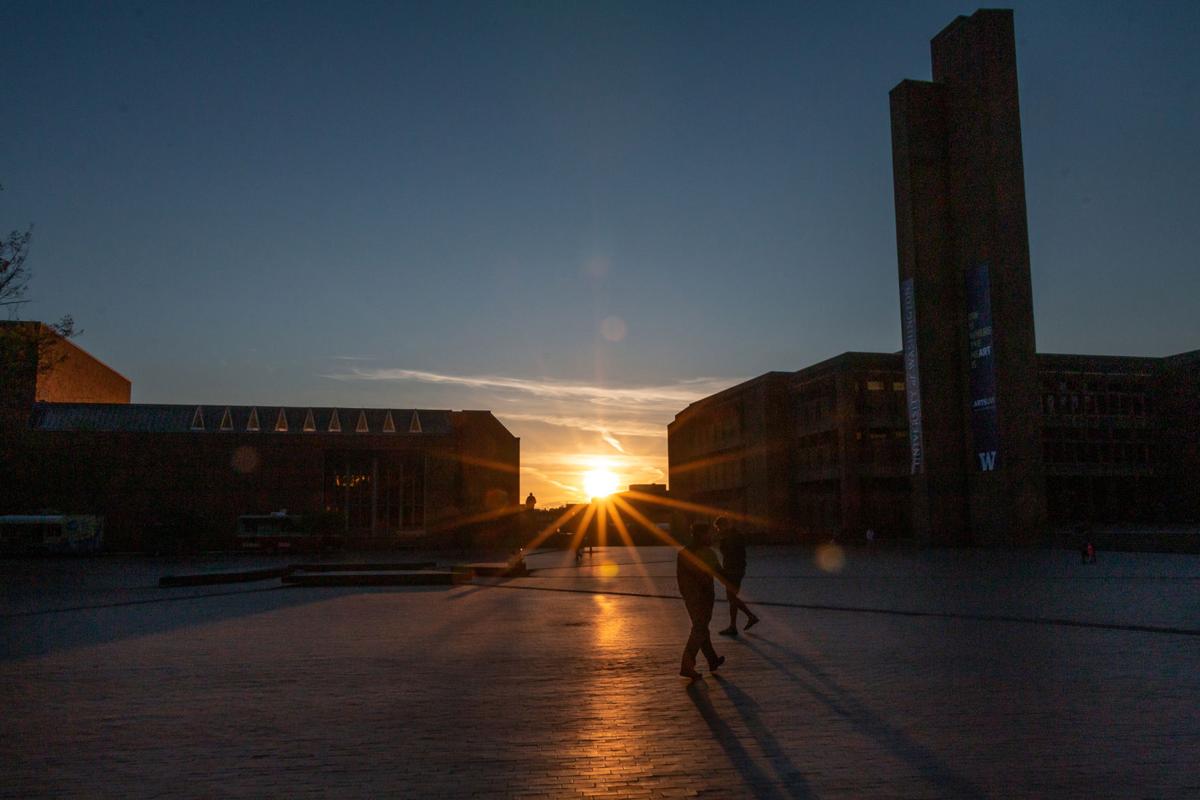 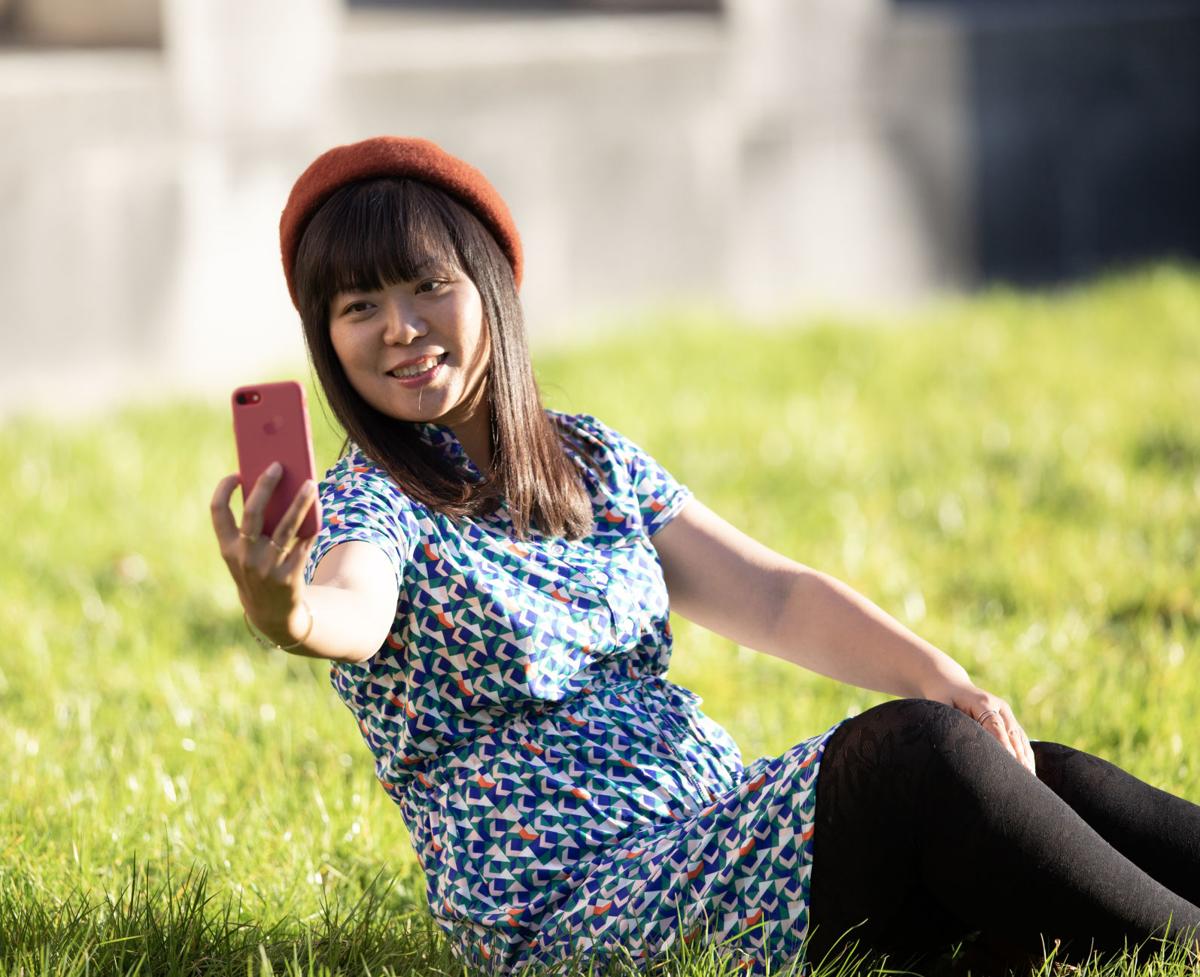 Taking a time out for the golden hour selfie 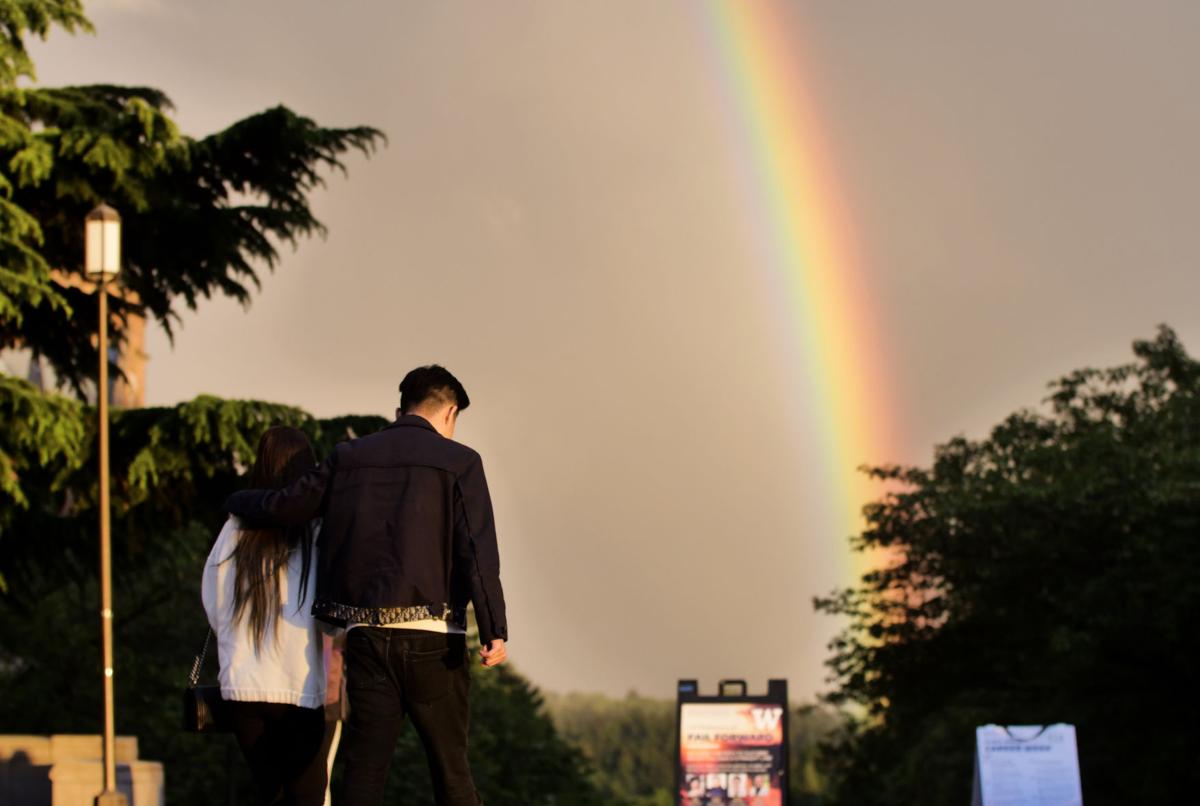 Snapchats fall into two camps around sunset. The first: a truly unique shot of the sky, probably with a geotag to remind everyone the photographer is in Seattle or a sticker that says “vibes.” The second: the coveted golden hour selfie: glistening cheekbones, flawless complexion, and the perfect flush of warmth to the skin. It’s like a natural filter.

“The one word that I would use would be ‘perfect,’” senior and fashion blogger Yasmeena Ghazal said. “When it comes to golden hour, everything is one shade, it’s one palette.”

Ghazal has amassed an impressive 12,000 followers on Instagram and is no stranger to the magic of golden hour.

“Even if you see a picture of someone on vacation in, for example, Greece, if it's not golden hour, it’s just Greece,” Ghazal said. “But, if it’s a golden hour sunset and I see the view, and the sky is pretty, it just gives a different effect.”

Ghazal even notices more comments on Instagram when she gets that perfect golden glow in a photo.

“Golden hour is definitely my go-to,” senior and photographer Shadrak Musafiri said. “The way the light softens someone’s face, it's kind of unreal.”

Shadrak and Ghazal both attribute the success of golden hour to heightened warmth and an even wash of light.

As magical as the sunset may appear through a camera lens, just as science can explain why the sky is blue, it can also explain golden hour lighting.

Kazumi Tolich, a senior lecturer in the physics department, may not be a selfie expert — nor an active Snapchatter — but she did break down the science of our favorite photo-op.

Basically, the sunlight carries the full “ROY G. BIV” spectrum and then a couple of extras: infrared and ultraviolet, the latter of which gives us sunburns.

“When the sunlight travels to earth through the atmosphere, [all the colors] travel along, but when the light interacts with the particles in the atmosphere,” Tolich said. “They scatter in sort of random directions.”

This scattering occurs most often in shorter wavelengths. Violet wavelengths are the shortest, then blue, then all the way to red, which are the longest. Sunlight carries far more blue light than violet, so the sky appears blue rather than violet.

At midday, the sun is positioned directly overhead, but as the day progresses, the angle of the sun changes and the distance the light has to travel increases.

“When the sun is setting, the sunlight has to go through [a] longer distance in the atmosphere, so there’s more chance for the light to scatter; more particles to interact with,” Tolich said. “The shorter wavelength light tends to scatter a lot more than the longer wavelength light. The blue ones are shorter, therefore blue ones have scattered before the light reaches you.”

After shorter blue wavelengths scatter, the longer orange and red wavelengths are left and travel to the eye, creating the colors of the sunset that translate to the ideal, golden hour selfie lighting.

“I do a lot of portrait work, so with portraiture, having somebody’s nose cast a shadow on their cheek kind of distracts from the photo,” Musafiri said. “Having an even balance of lighting is really important and that’s what golden hour gives you.”

As the angle of the sun changes from directly above to lower in the west, the lighting changes.

“If the sun is above your head and it’s beaming down, it’s going to cast a small shadow on your lip,” Musafiri said. “And if it's more toward 3 p.m. and the suns lower, if I’m looking [forward] and the lighting is hitting [from the right] the shadows going to hit on the left side of your cheek, but if the sun is down, it just evenly shines everywhere.”

Lack of shadow and that warm hue can easily take a four to a 10. Add a fun caption and a quick VSCO edit and you are social media ready.

Whether you are a photo-pro, an Instagram aficionado, or just a little bit of physics fanatic, golden hour is a pretty fascinating time of day. Plus, it makes you look hot.