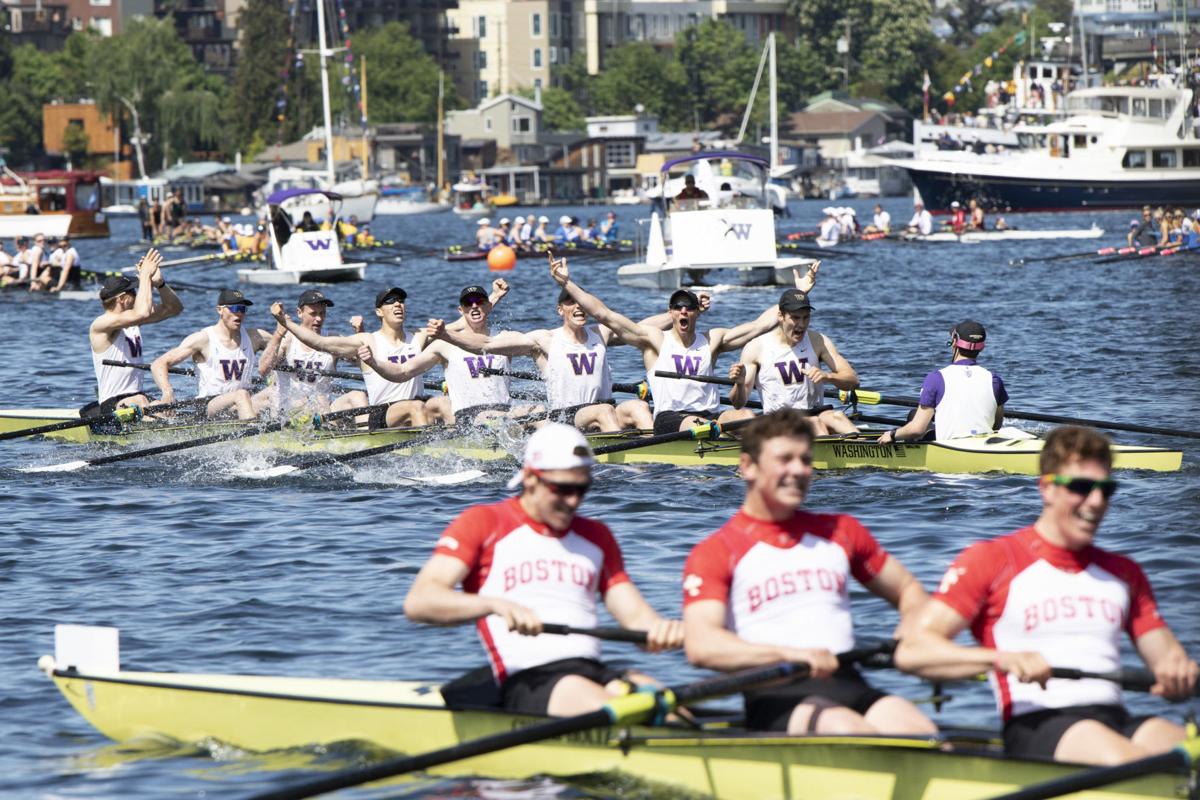 The UW rowing program was just one highlight from the UW Athletic department's 2018-2019 year, culminating in a team championship for the men and a national title for the women at the end of the year. 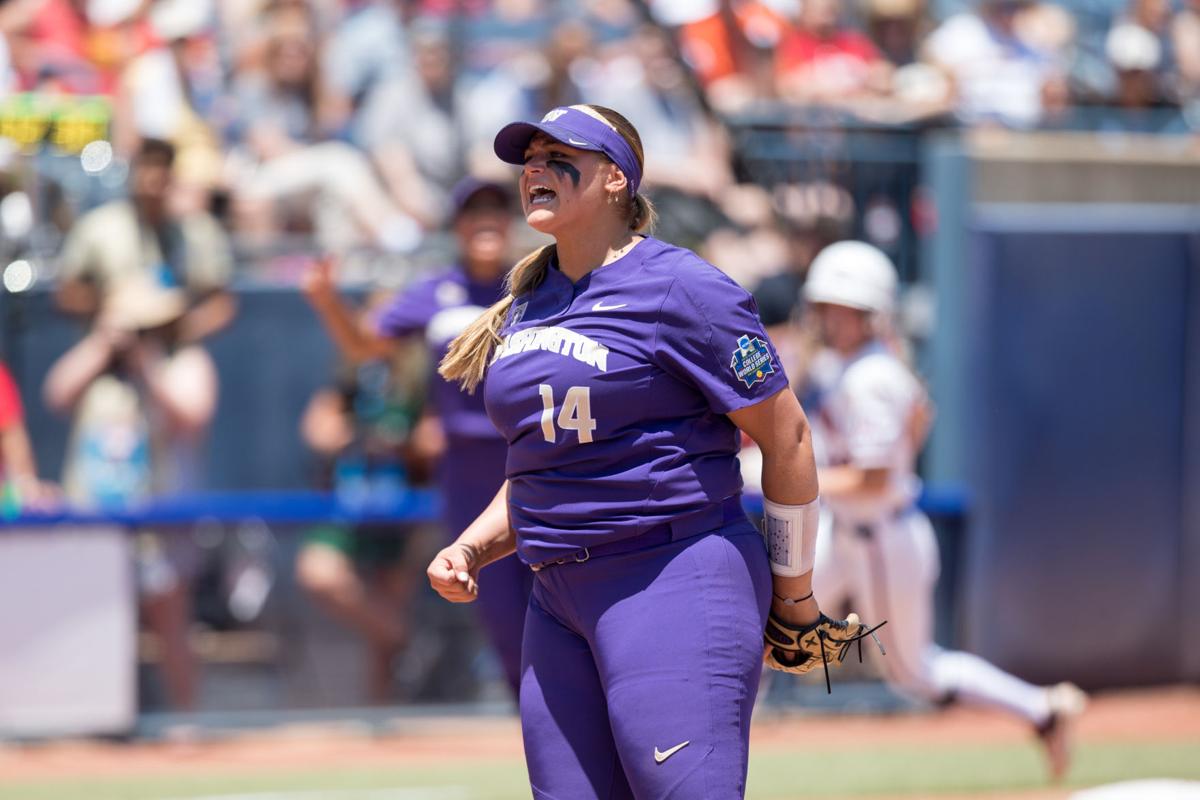 During her senior campaign at Washington, Alvelo cemented her place as one of the best pitchers in UW softball history, culminating in another Women's College World Series berth. 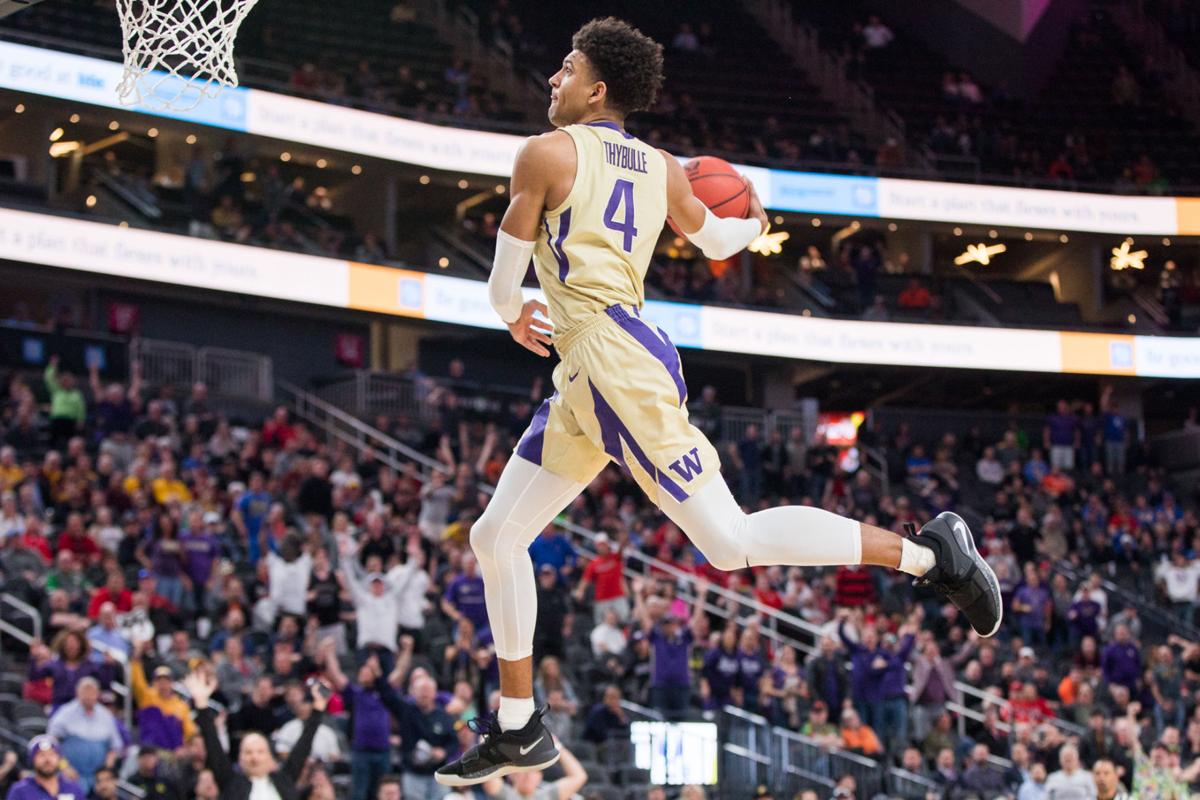 Senior forward Matisse Thybulle goes up to throw down a highlight windmill dunk to ice Washington's victory over USC in the Pac-12 tournament. Behind Thybulle's historic defensive year, the Huskies won the Pac-12 regular season championship and made the NCAA tournament. 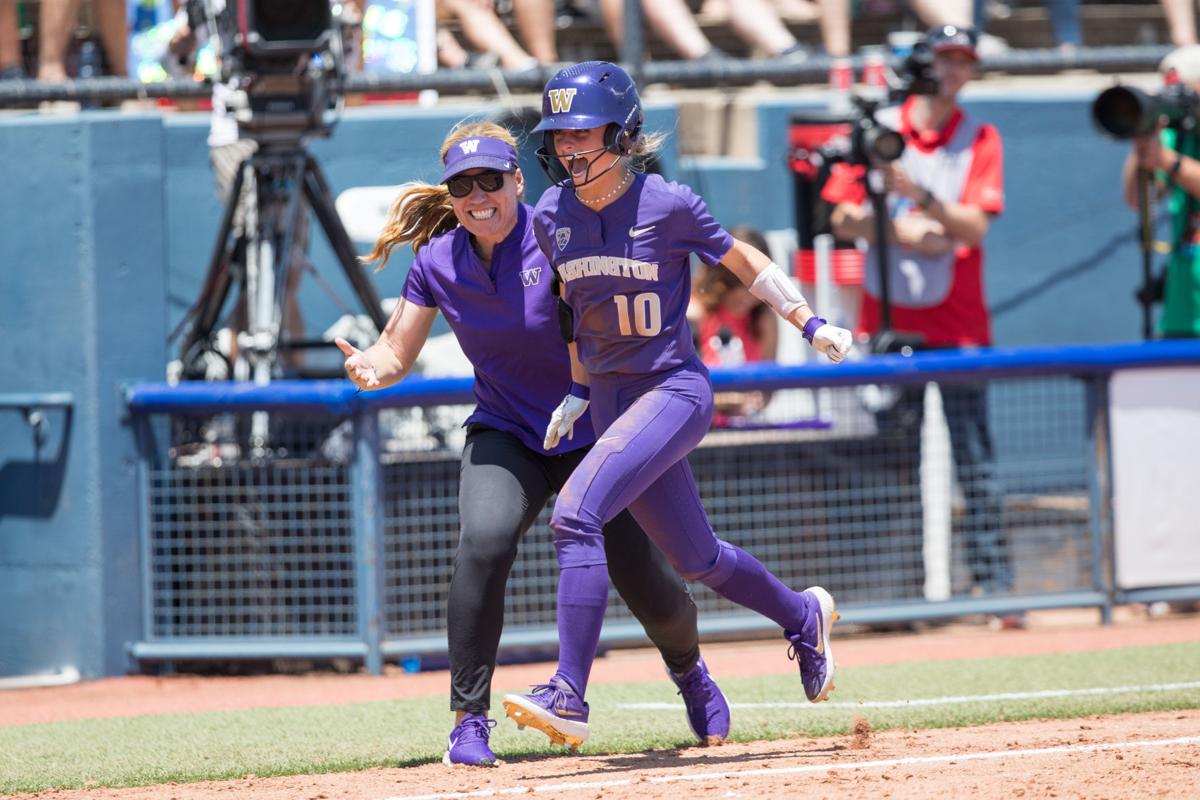 Freshman Sami Reynolds circles the bases after her sixth inning home run against Arizona at the Women's College World Series. Reynolds was a key bat and figure in the Huskies lineup this season, despite being a freshman.

Hannah Rusnak's breakout year started during the indoor season, at the UW Indoor Preview at the Dempsey Indoor Center. During the outdoor season, Rusnak would smash the UW Heptathlon record set 27 years ago. 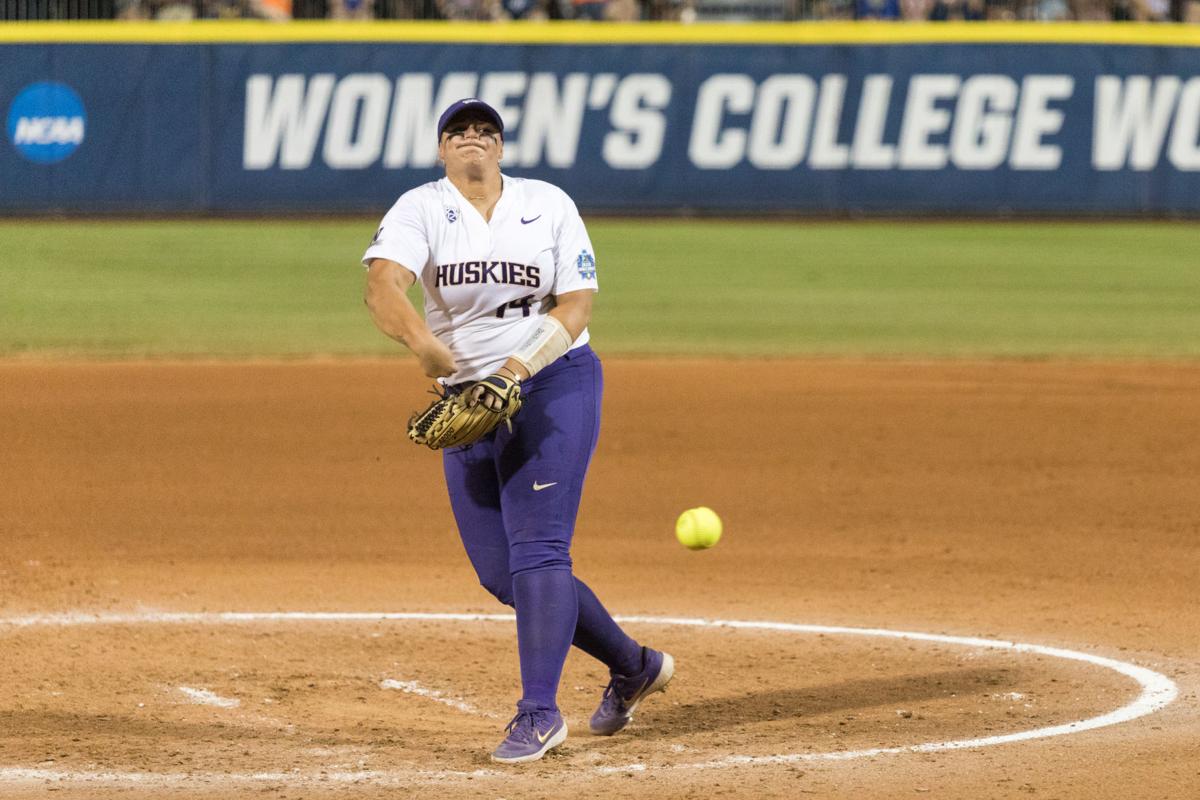 Taran Alvelo fires a pitch in the top of the fifth inning of the Huskies' 1-0 win over Oklahoma State. Alvelo had a career night, striking out 16 batters, allowing three hits, and no walks. 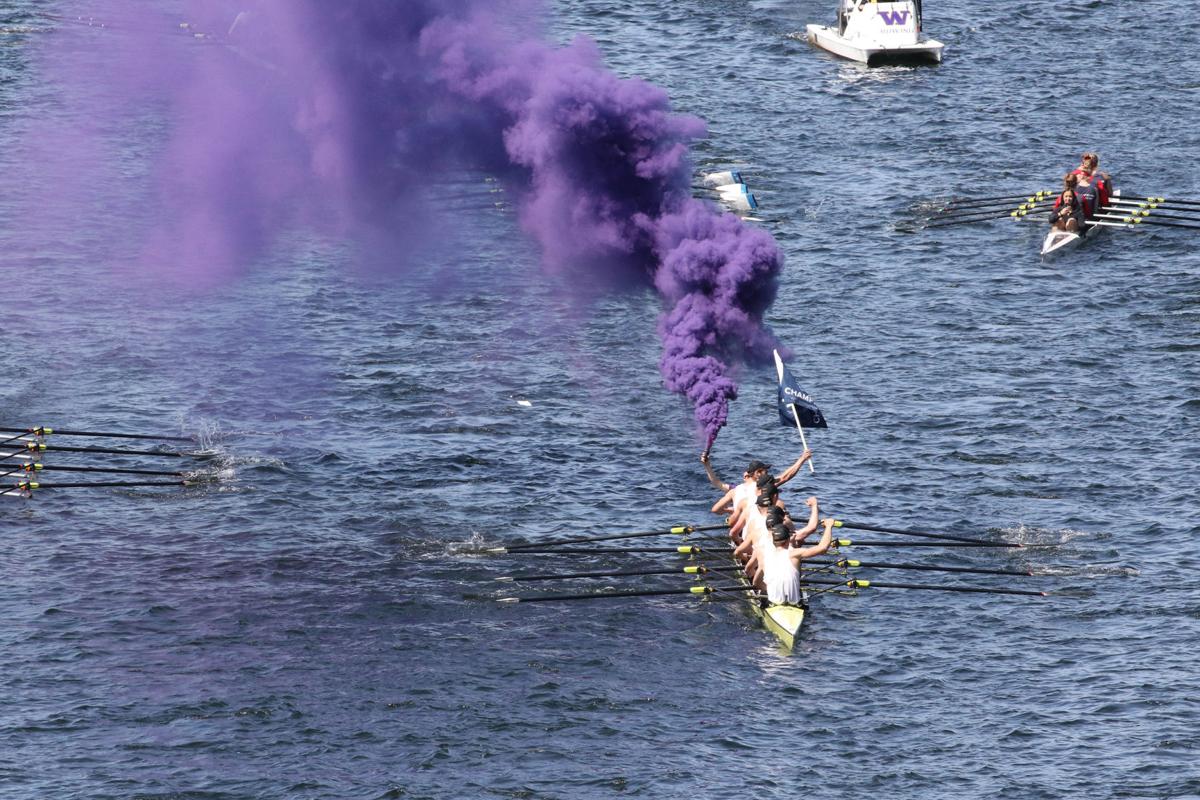 Against one of the strongest national rowing powers in the world, the UW men's and women's top rowing boats were able to defeat their German adversaries at the Windermere Cup in front of thousands of viewers. 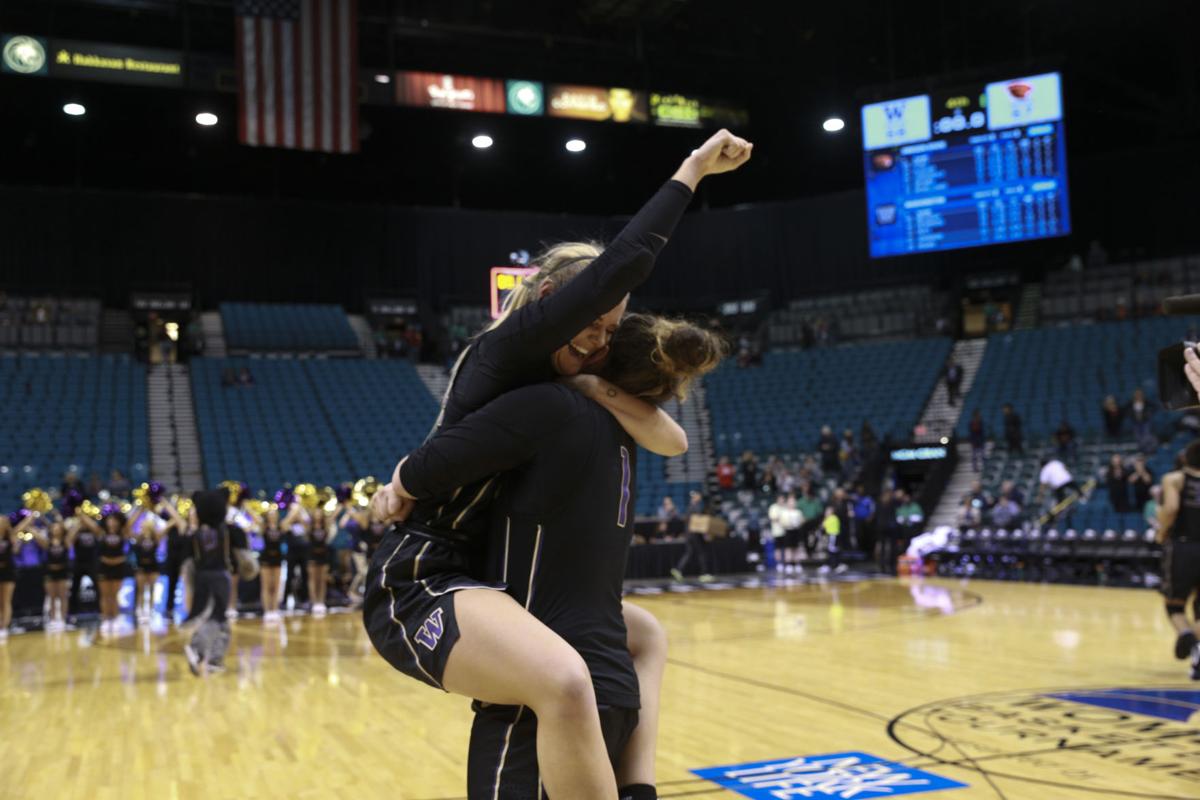 Missy Peterson celebrates with teammate Hannah Johnson after she knocked down the game-winning shot against No. 11 Oregon State to advance to the Pac-12 tournament semifinals.

After another banner year for UW Athletics, here are the Daily Sports Staff’s picks for best athletes, games, and moments during the 2018-2019 sports season.

Is Taran Alvelo the best pitcher in UW Softball history not named Danielle Lawrie? With her decorated career on Montlake now over, that argument can definitely start to take hold.

Alvelo finished 2019 with her third consecutive first-team All-Pac-12 honor and spots on the NFCA All-America third team and the all-WCWS team after a historic outing at the Women’s College World Series (more on that later).

In his final game with Washington, Thybulle also tied the program record with his 186th career block.

Sami Reynolds didn’t exactly ease into her freshman season, starting the first game of her collegiate career in left field and the third spot in the UW lineup. She went 2-for-3 that game and didn’t slow down, finishing the season with a .330 batting average.

She ended up leading the Huskies with 15 doubles and was second on the team with 43 RBIs. Going in to the postseason, Reynolds earned third-team All-Pac-12 honors along with a spot on the freshman all-conference team.

Then, the postseason hit, and Reynolds ramped her game up another notch. She reached base safely in all nine tournament games and ended the year on a seven-game hitting streak. Reynolds had seven hits at the Women’s College World Series, including five in Washington’s final two games, and earned a spot on the all-WCWS team.

After a freshman season that saw her finish 10th at Pac-12s in the Heptathlon, the sophomore had an incredible breakout season under new multis coach Toby Stevenson, who saw the sophomore improve her score by 845 points.

That improvement was enough to see Rusnak win the Pac-12 title in her second season at the UW and finish ninth overall at the NCAA Championship meet in Austin, Texas.

Along the way, Rusnak broke the 27-year-old Washington school heptathlon record several times, culminating with her performance at NCAA Championships, with a score of 5779.

Best Performance: Taran Alvelo strikes out 16 to keep UW alive at the WCWS

Washington had already survived an elimination game in the morning of Survival Saturday in Oklahoma City, complete with a three-hour weather delay.

Then the Huskies had to wait three and a half hours and do it again against Oklahoma State. That’s when Taran Alvelo took over.

Alvelo, who had earned a one-out save in the morning game, struck out the side in three of the first four innings. By the fifth-inning stretch, she was up to 13 strikeouts, passing Danielle for the most by a UW pitcher in a WCWS game.

She ended up with 16 punchouts in a three-hit shutout, as Washington scraped by with a 1-0 win.

In a spectacle like no other, the Washington rowing program reigned supreme once again on its home course, sweeping national powerhouse Germany in the 33rd annual Windermere Cup. While the German national team didn’t necessarily bring its absolute best lineups, the Huskies defeated a rowing program that consistently medals at the Olympics and World Championships.

In the women’s race, the Huskies dominated and led from start to finish, resulting in a five second victory over their German competitors. In the exact same fashion, the men followed suit with an end-to-end lead and victory by five seconds over the national team boat.

Lined with spectators for the prestigious event, and Opening Day festivities taking place directly after the races, the Windermere Cup attracted thousands of spectators lining the shores of the Montlake Cut to witness the Washington crew teams do what they do best on their home course.

After a tough conference season that saw the Huskies only win two conference games (both against Colorado), Washington equaled that win total in one weekend at the Pac-12 tournament, upsetting both Utah and No. 11 Oregon State, with the latter coming in thrilling fashion.

After falling behind by double digits early against the Beavers, the Huskies clawed their way back thanks to a multitude of threes from freshman forward Darcy Rees and sophomore guard Missy Peterson. Down the stretch, it appeared maybe Oregon State would stave off the upset after a layup tied the game with 4.9 seconds to go.

But Peterson had other ideas. After the play had been originally designed to go to leading scorer Amber Melgoza, Peterson saw the opportunity to pass the ball to a wide-open Mai-Loni Henson, who threw the ball right back to Peterson. The sophomore drilled the long three-ball with 2.3 seconds left, and after some late drama (including a technical for storming the court too early), the Huskies pulled off the one-point upset over the Beavers to become just the second 11-seed to ever make it to the Pac-12 tournament semifinals.

*Editor's note: Through a popular vote on Twitter, Nick Kahle won the percentage vote on a poll posted by the Daily Sports' Twitter account. While the Daily Sports Staff took that vote into account, the vote among the staff still had Matisse Thybulle come out on top (sorry @UW_Baseball).