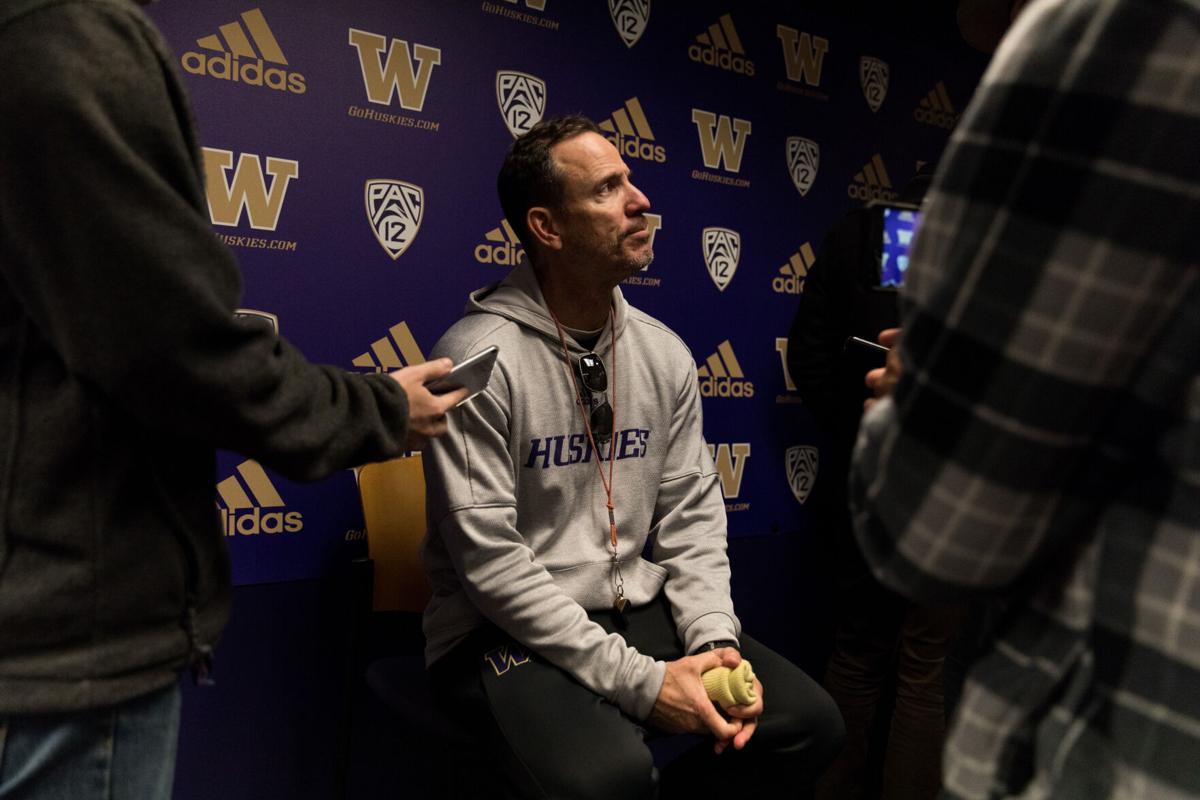 Bob Gregory talks to the media on Oct. 29, 2019. On Feb. 1, 2021, the Washington football team elevated Gregory from inside linebackers coach to defensive coordinator. 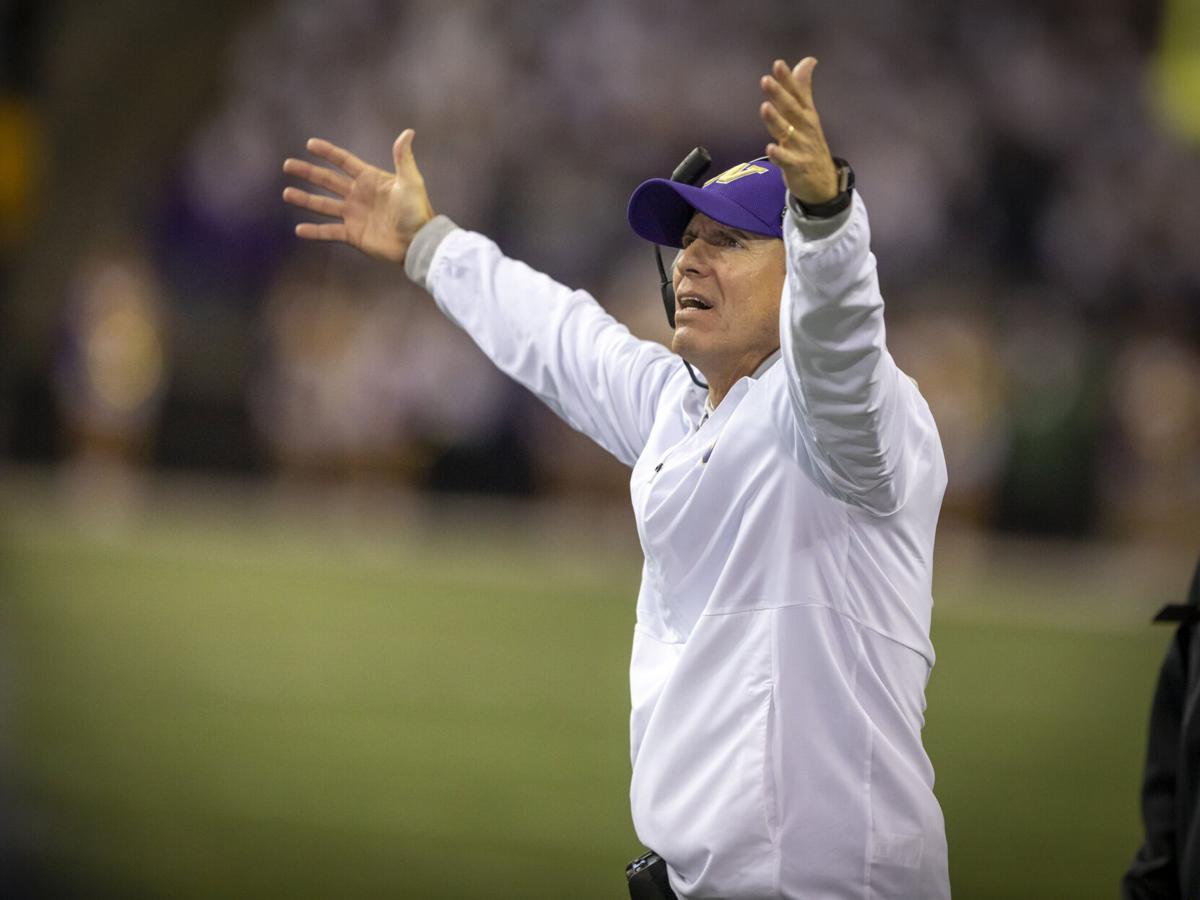 Assistant coach Bob Gregory expresses his anger at the officials after a clock error during a Washington football game against California. Gregory has spent the past decade in the Chris Petersen coaching tree and was named defensive coordinator by head coach Jimmy Lake on Feb. 1, 2021.

The announcement comes less than two weeks after former UW defensive coordinator Pete Kwiatkowski officially took the same position at Texas. Kwiatkowksi spent seven seasons with Lake and the Huskies from 2014 to 2020.

"Coach Gregory is the perfect fit to take over the reins as our new defensive coordinator,” Lake said. “He has extensive experience as a coordinator in this league and has been a big part of our success on that side of the ball the last seven seasons. I'm excited for him to step into this role and look forward to continue building on the momentum we have going."

In 2010, Gregory joined former UW and Boise State coach Chris Peterson in Boise, also as the linebackers coach. He arrived at Washington with Peterson in 2014, remaining alongside Lake as members of Peterson’s defensive coaching unit.

Gregory previously served as a defensive coordinator in the Pac-12 — or Pac-10, at the time — from 2002-09 with California, before he teamed up with Peterson at Boise State. In all, he’s spent the past 22 years as a member of a Division I program’s defensive coaching staff.

“Once this occured, we did an exhaustive process,” Lake said. “We interviewed numerous people throughout the country, college, NFL, and we came back and we had the best defensive coordinator right here on our staff and that’s Bob Gregory. He has 15 years of calling defense at the college level, and he’s been an integral part of defensive success.”

During his time with the Huskies, Gregory has been part of an organization that developed unprecedented defensive success, having led the Pac-12 in scoring and total defense over the past four years.

“We personally have seen how smart and knowledgeable, and how much energy and juice Rip possesses,” Lake said. “I cannot wait for you all to see that once we get to practice.”

Fortunately, I noticed the first discussion instruction was to keep it clean and avoid obscene, vulgar, lewd, racist or sexually-oriented language, the instruction to turn off my caps LOCK?--humiliating and outrageous. How am I supposed to keep people from stealing all of my very cool hats if I can't use my caps lock? Jeesh...