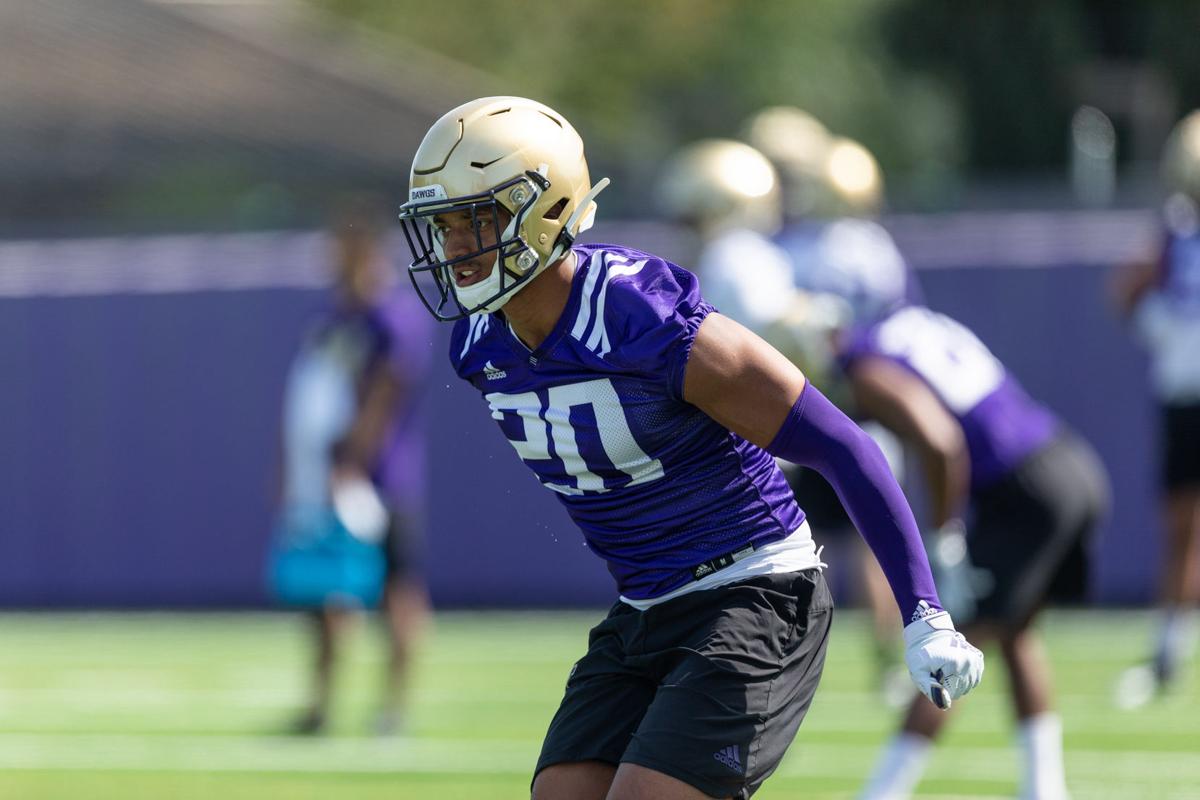 Ty Jones warms up during Washington football's fall camp on Aug. 3, 2019. Jones was a major contributor during the 2018-19 season but injury kept him out of all but four games during 2019-20 as he took a redshirt year. 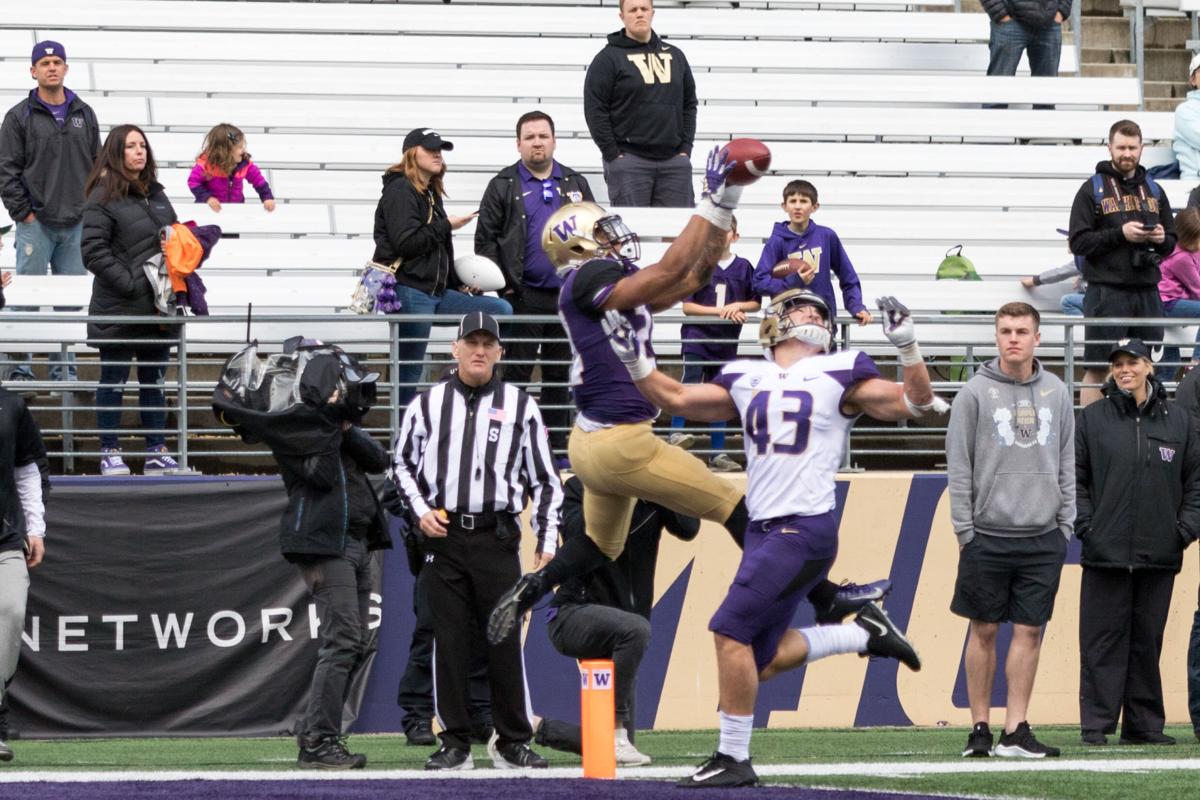 Kamari Pleasant leaps over Jackson Sirmon for a touchdown during the Huskies' Spring Preview on April 27, 2019. After playing in four games as a true freshman, Sirmon saw extended time in 2019-20 and will vie for a starting linebacker spot heading into next season.

Here are three non-freshman who might have had a breakout spring practice in 2020.

For many Husky fans, junior receiver Ty Jones is already a household name. During his first two seasons on Montlake, the wideout had 38 receptions for 562 yards and six touchdowns. Jones was ready to have a big season in 2019 but was forced to take a redshirt year because of a hand injury, played in four games and had zero receptions.

The 2020 Washington receiving corps will look a lot different than it did in 2019 as the offense transitions to a new scheme under first-year offensive coordinator John Donovan. The graduation of longtime UW receivers Aaron Fuller and Andre Baccellia also helps pave the way for Jones to have an important role in his comeback season.

Jones would have been looking to make a big splash in spring practice this year but will have to wait until fall practice to reassert himself as a starting receiver.

With three starters from last year graduating, the Washington offensive line will be one of the areas on the team with the most turnover, and sophomore Matteo Mele would have been in a great position this spring to secure a starting spot on the offensive line.

In 2019, the 6-foot-5, 305 pound Mele played in five games and started one during his redshirt freshman season. Filling in for now-graduated center Nick Harris throughout the year, Mele played well enough and gained valuable experience. Now he joins an extremely competitive group trying to fill the three remaining offensive line positions.

Mele, who is from Tucson, Arizona, will have plenty of competition going into his sophomore season as the offensive line is crowded with many talented freshmen and sophomores who will compete for a starting position. Mele’s experience and talent however, could be valuable to help him attempt to lock down one of the three open spots.

Sophomore Jackson Sirmon was also in prime position to have a breakout spring for the Huskies. The 6-foot-3, 237-pound linebacker from Brentwood, Tennessee is in his third year with the team after a redshirt year in 2018 and a full season last year.

The linebacker played in all 13 games during his redshirt-freshman season and could take on a more important role defensively in 2020 after the graduation of fellow linebackers Brandon Wellington and Kyler Manu.

Sirmon had 28 tackles in 2019 and had one tackle in four games during the 2018 season. He also ended his season on a high note with a fumble recovery at the end of the Las Vegas Bowl. In 2020, Sirmon’s stats will likely jump if he moves into a starting role following the graduation of last year's starters.