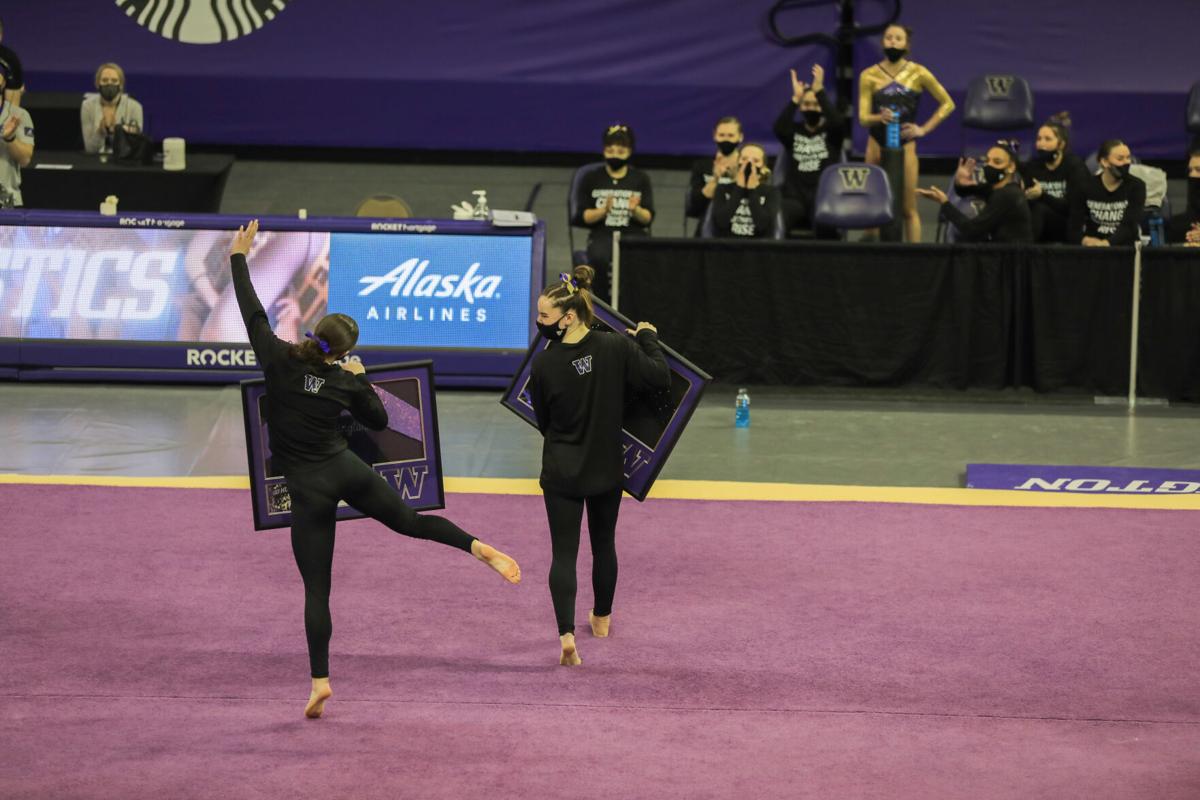 Geneva Thompson (left) and Allie Smith (right) wave to their teammates during their senior day ceremony ahead of UW gymnastics' tri-meet with Stanford and Boise State Sunday, March 7 at Alaska Airlines Arena. 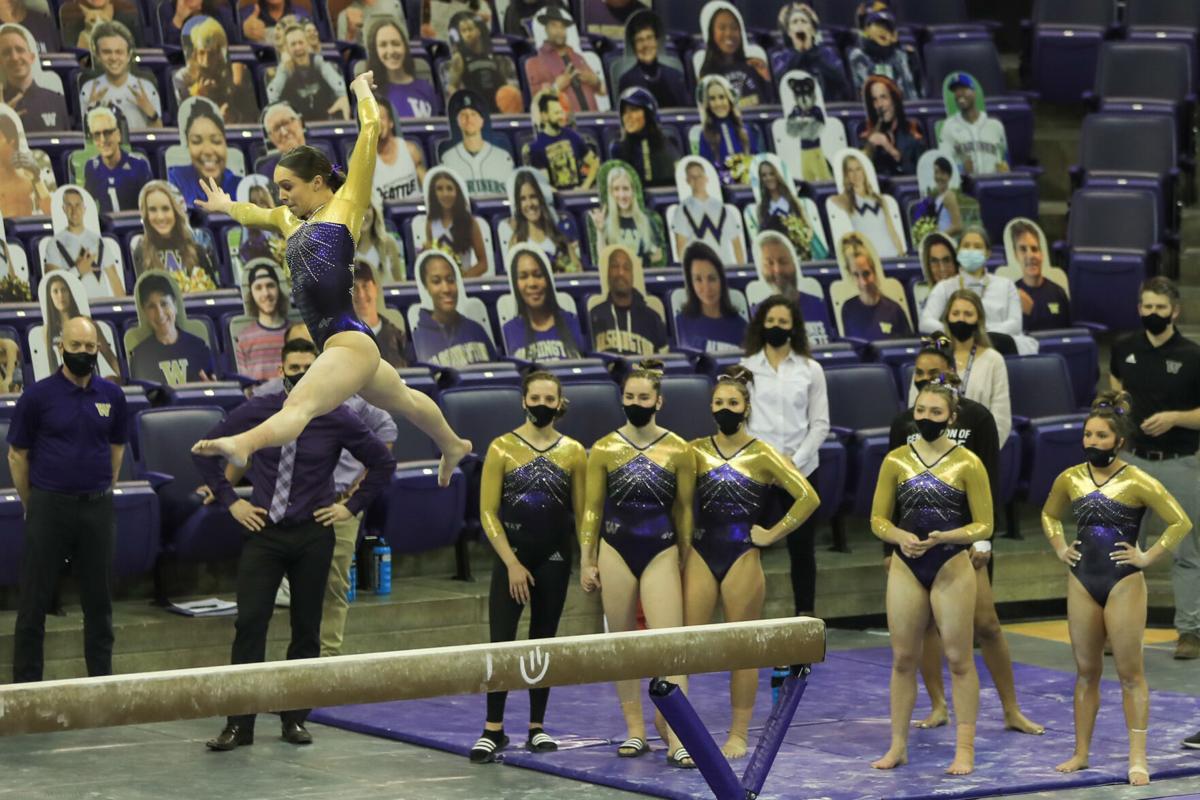 Geneva Thompson performs on beam while her teammates watch on during Washington's tri-meet with Stanford and Boise State on Sunday, March 7, 2021 at Alaska Airlines Arena

After weeks of improvement, everything finally came together for the Washington gymnastics team Sunday afternoon on senior day, as the team hit 195.000 for the first time this season.

“Of course there was a lot of really great energy,” head coach Ralph Rosso said. “The team took a lot of pride in sending out the seniors on a high note.”

For the two seniors, Geneva Thompson and Allie Smith, the extra motivation was clear, as both put up their best performances of the season in a tri-meet with Stanford and Boise State.

As the longest-tenured gymnast on Washington’s roster, Thompson has helped to guide the Huskies roster throughout this one-of-a-kind season. When Rosso was promoted to interim head coach before the 2021 season, he leaned on Thompson to help make the transition smooth.

“Geneva, I mean me and her walked through these doors together,” Rosso said. “I got hired the same year she was a freshman, so we’ve been on this ride together. So many ups and downs with her and just really happy to have her finding the success she’s having this year. She’s been an amazing leader for us.”

The senior found her groove on Sunday with the best all-around performance of her career, scoring a 39.225.

Thompson’s career-high was indicative of the rest of the meet for Washington. The team opened with one of its best performances of the season on vault, scoring a 48.875, just shy of the season-high 49.950 set against Arizona.

Smith, who had struggled on vault much of the season prior to Sunday, finished with her highest score of the season in the event at 9.825.

Moving to bars, the Huskies followed up with an impressive performance in which they stuck numerous landings. Freshman Skylar Killough-Wilhelm led the way with a 9.850 as the team finished with a 48.875, its second-best score of the season.

On beam, Washington stumbled, failing to surpass 48.000 points as a team, a setback from its season-high set just a week before against Arizona State.

The Huskies weren’t going to let one event sway the result of the meet, as they bounced back with their best performance in any event this season on the floor.

With confidence behind her, Smith opened the event by matching her highest score of the season at 9.825. The rest of her teammates followed, with not one gymnast scoring lower than a 9.750, which the team was later able to drop, one their way to a season-high 49.275.

Junior Amara Cunningham won the floor title with her best routine of the season at 9.925.

Washington will be back in action for its final home meet of the season Wednesday, March 10, when it hosts California at 1 p.m.