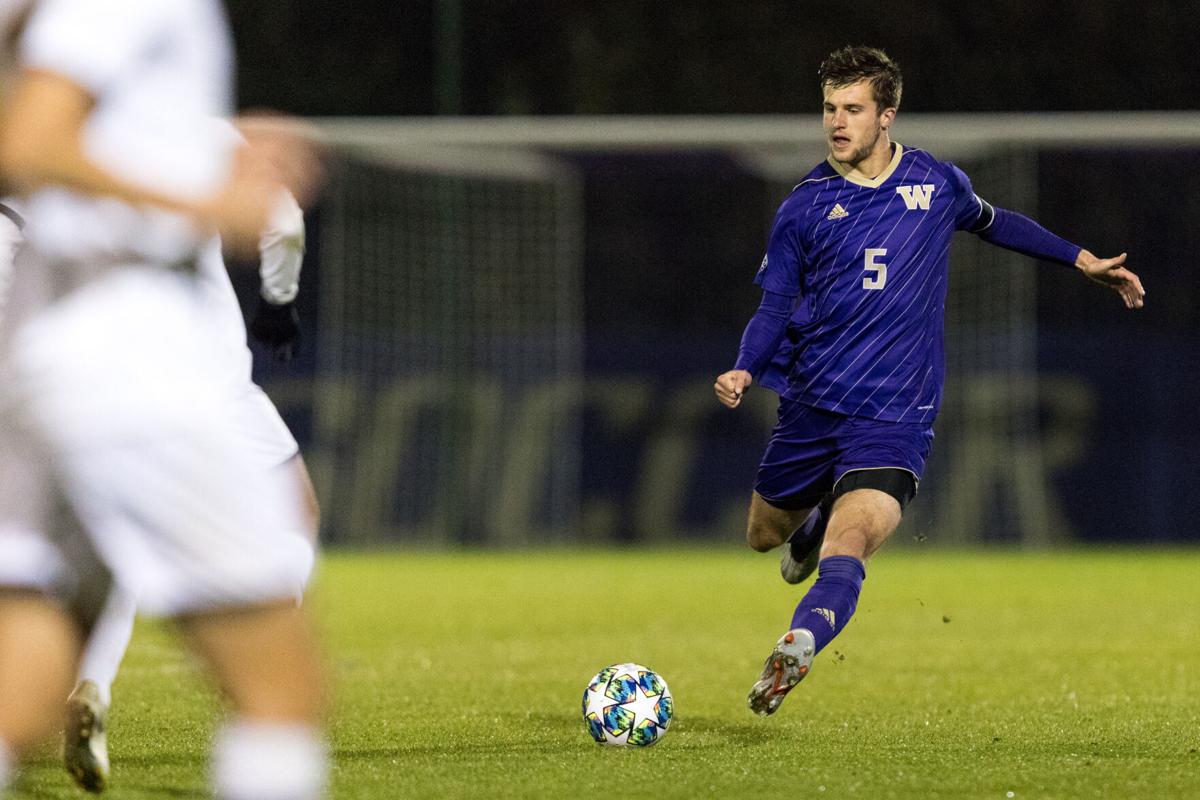 Sophomore Ethan Bartlow sends a ball into the box in the first half of Washington’s 3-2 upset loss to Cal at Husky Soccer Stadium on Nov. 7, 2019. Bartlow signed a Generation Adidas contract Jan. 19 to become eligible for the 2021 MLS SuperDraft. 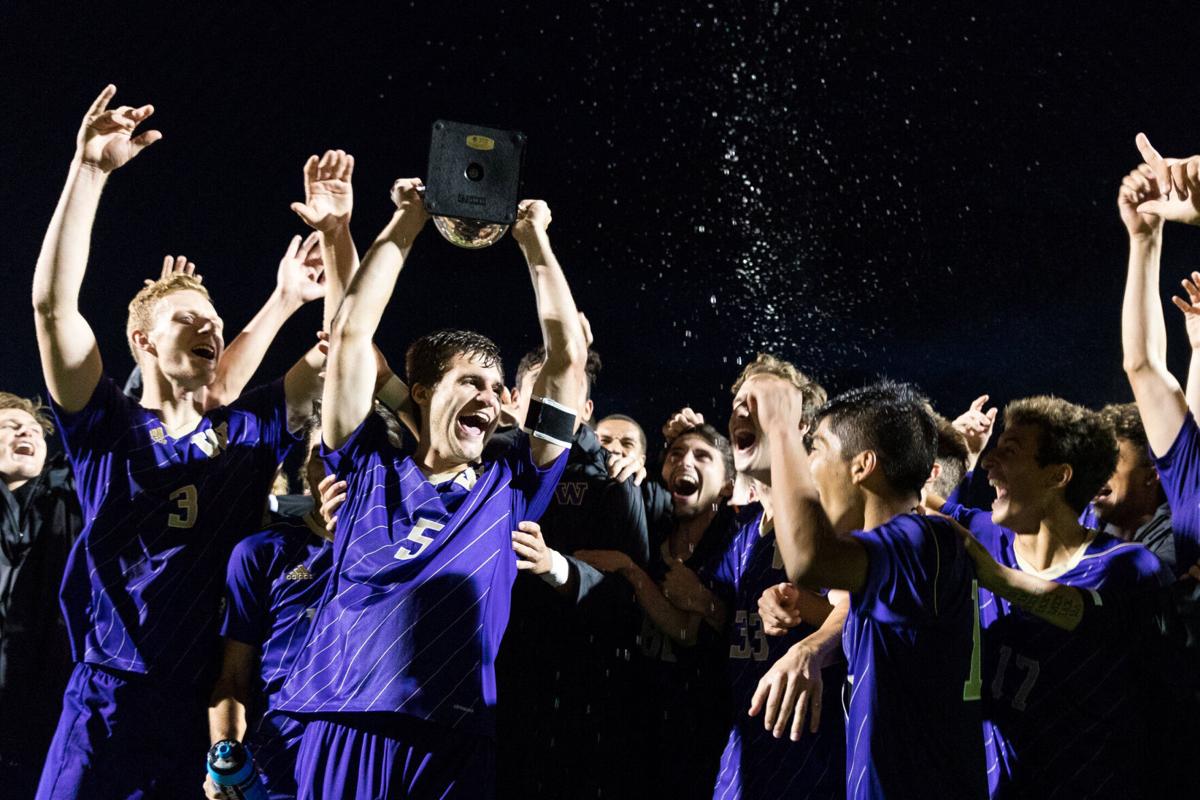 Sophomore Ethan Bartlow raises the WAC/101 Cup after Washington’s 3-0 win over Seattle University at Championship Field on Sept. 15, 2019. Bartlow was named Pac-12 Defensive Player of the Year and was a second team All-American in 2019.

More than a year since he last stepped onto the pitch in a Washington uniform, All-American center back Ethan Bartlow has signed a Generation Adidas (GA) contract, making him immediately eligible for the 2021 MLS SuperDraft scheduled to take place Jan. 21. Washington men’s soccer head coach Jamie Clark is excited to see where Bartlow’s career takes him next.

“We are very proud of Ethan,” he said in a press release. “He has realized his potential by making the most of his time at UW. He's accomplished an incredible amount in just two seasons here at Washington, and we feel fortunate to have worked with him throughout this time.”

Created by the United States Soccer Federation and MLS to encourage young American soccer talents to go professional, GA contracts allow certain collegiate underclassman players to be selected in the SuperDraft despite not being qualified under normal circumstances. As a professional player, Bartlow is no longer eligible to play collegiate soccer.

Every No. 1 overall pick since 2003 has been a GA player, and alumni of the program include players like Clint Dempsey, Jozy Altidore, and DaMarcus Beasley among others. Bartlow is the first Washington player to earn a GA contract since 2015, when former UW standout Cristian Roldan was selected by the Seattle Sounders.

Bartlow makes the leap to the professional level following a stellar sophomore season on Montlake. Anchoring the Washington defense, he made 20 starts and became the first UW player in program history to be named Pac-12 Defensive Player of the Year as the Huskies stormed to the conference title in 2019.

The accolades didn’t stop there for the Woodinville, Washington, native. He scored five goals and an assist to earn 11 points and helped the Huskies keep 12 clean sheets to earn All-Pac-12 First Team Honors. Bartlow was also named a second team All-American, becoming the fourth player in school history to earn the award.

Before COVID-19 delayed the men’s soccer season to the spring, Bartlow would have been Washington’s lone returning All-American after fellow UW honoree Blake Bodily signed a homegrown contract with the Portland Timbers following the season.

In total, Bartlow started 38 games during his two years at Washington. If he is selected, it will be the 11th consecutive year a Washington player has been picked in the SuperDraft and the 21st selection since Clark became head coach in 2011.

“Ethan has been surrounded by great teammates who have pushed him and supported him throughout his time at UW,” Clark said. “Our whole Husky family will all be rooting for him as he takes his next step in his soccer journey."