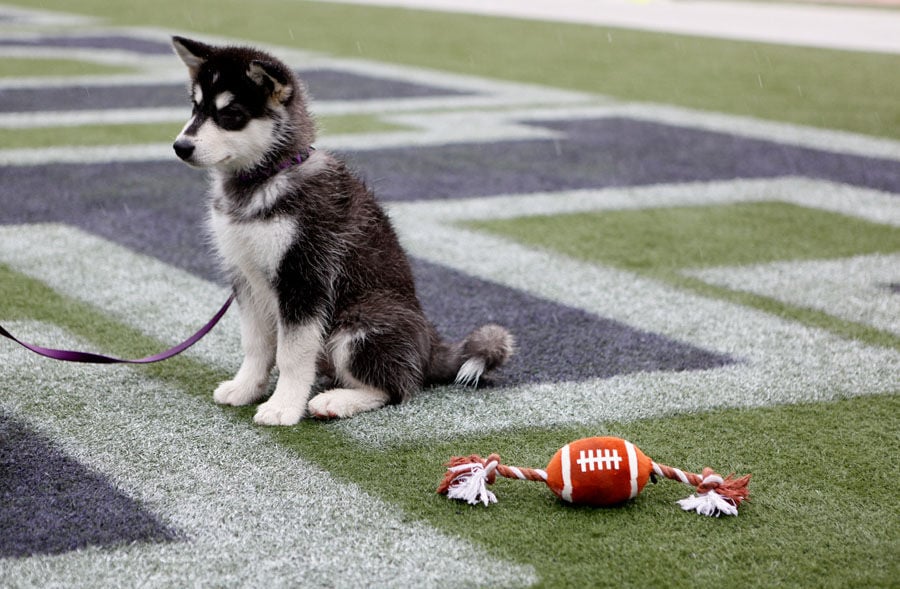 Dubs sits on the field at Husky Stadium yesterday afternoon. 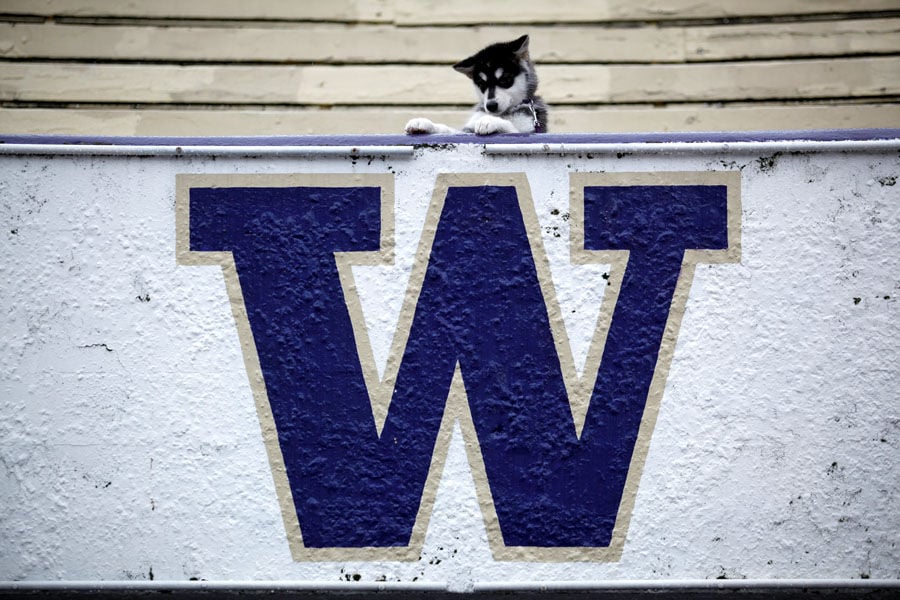 Dubs sits atop the entrance of the tunnel in Husky Stadium.

Dubs sits on the field at Husky Stadium yesterday afternoon.

Dubs sits atop the entrance of the tunnel in Husky Stadium.

Dubs is being trained and is expected to make his official debut at Husky Stadium Sept. 5 when the Huskies host LSU in the season opener. Born last November, Dubs may also make an appearance at the UW's annual spring football game in April.

Spirit was scheduled to retire after last season, but suffered a shoulder injury after stepping in a hole while chasing a squirrel prior to the Sept. 6 game against BYU, cutting his season short.

More than 20,000 votes were cast in two rounds of online voting before the results were announced.

Fans can keep up with Dubs on his personal blog - http://huskymascot.blogspot.com.