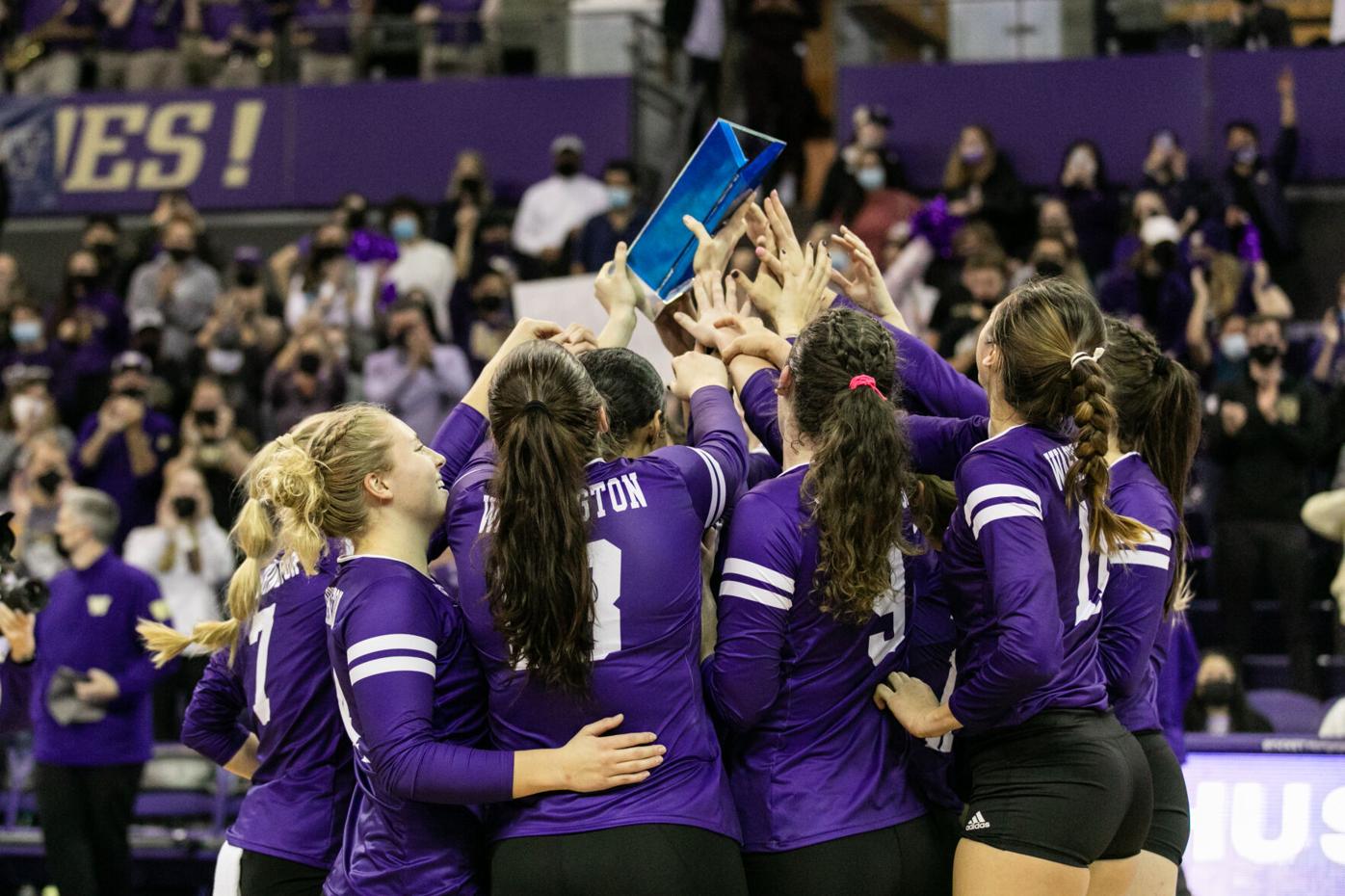 The Washington volleyball team holds up the Pac-12 championship trophy after Washington's win against Washington State at Alaska Airlines Arena on Nov. 27, 2021. 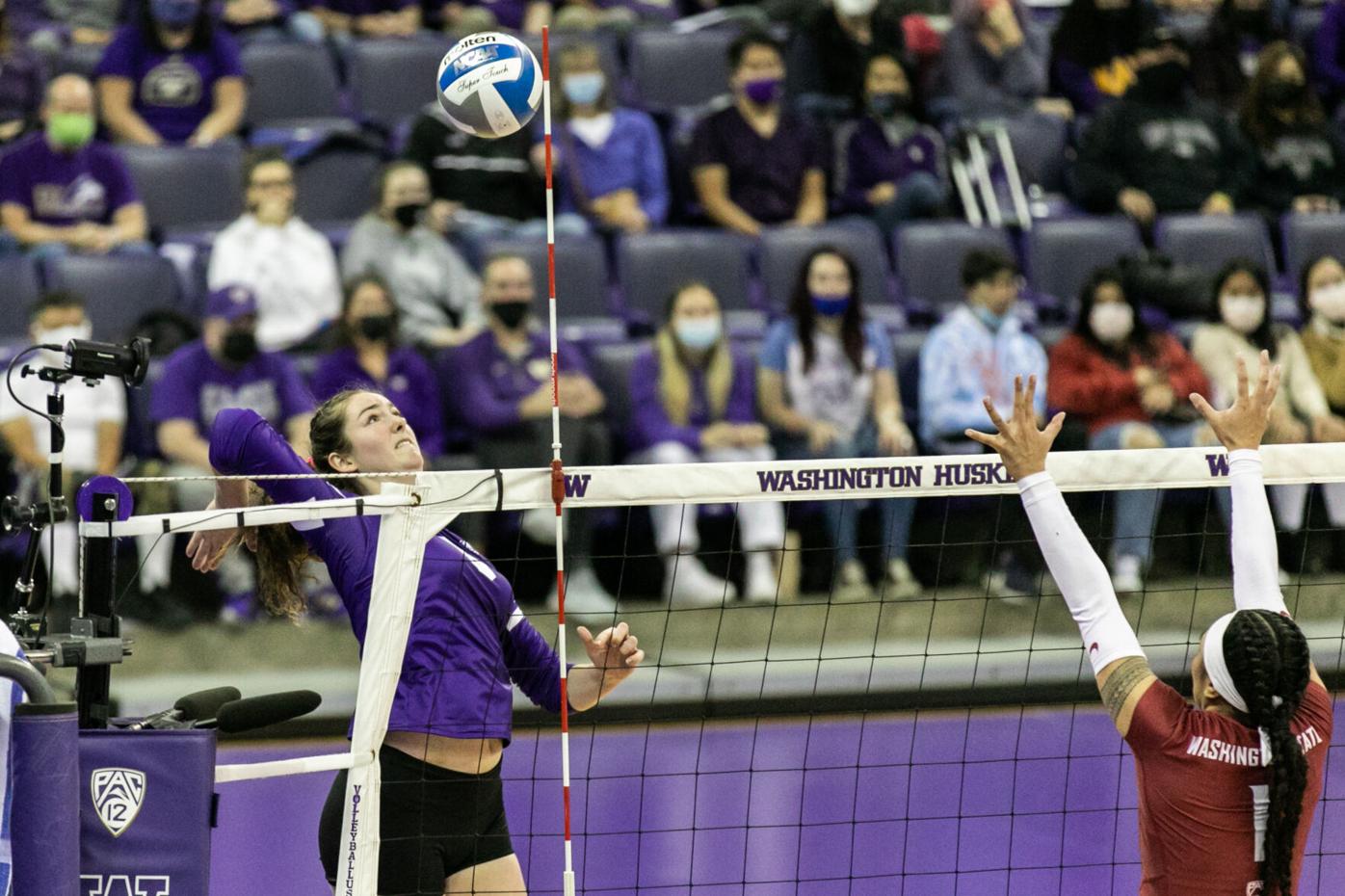 Samantha Dreschel winds up for an outside hit during Washington’s game against Washington State at Alaska Airlines Arena on Nov. 27, 2021.

There was no better way for the No.12 Washington women’s volleyball team to end its regular season than an Apple Cup win over No. 21 Washington State.

On top of that, it was senior night for the veteran Huskies, creating a perfect atmosphere for the final match of the Pac-12 season.

Having been under similar pressure many times before, the Huskies seemed unfazed by the circumstances of the match.

“This group has learned a lot from the tournament, which is you play the match not the moment,” head coach Keegan Cook said. “[We] felt really loose coming in.”

The first set was a nail-biter between the two teams, with both sides coming out with an extremely strong start. After the score tied at 21-21, the Huskies remained poised and pulled ahead with a 25-22 victory.

Senior outside hitter Samantha Drechsel started off hot, leading the team on offense with seven kills in the first set.

In the second set, Washington made a plethora of mistakes. Finding themselves down 13-1 early in the second, the Huskies were never able to grasp a winning chance, giving Washington State a 25-18 victory.

After all the adversity that Washington has faced throughout the season, the maturity that has developed showed in the fourth and final set of the match. Partially thanks to four service aces in the set by junior outside hitter Claire Hoffman, the Huskies came away with a dominant 25-16 victory to close out the match.

It was a kill by Hoffman that ended the match and sent the Huskies’ bench running to the court. Waving to a large and excited crowd at Alaska Airlines Arena, the Huskies were handed the 2021 Pac-12 Championship trophy.

“It was a moment they didn’t have last year [due to COVID-19] and it meant a lot honestly,” Cook said. “These kids work hard for their university and community and they want to share their craft with the fans.”

After starting off the Pac-12 season 0-2, the Huskies have won every game but one since then, to second-place Pac-12 finishing UCLA.

“The start [the] of conference was a tough time, as we had to make a lot of big changes,” Cook said. “Every player handled it with maturity and poise and we took off from there.”

The Huskies now head into the NCAA tournament with momentum on their side, as they have won 17 out of their last 18 matches.

What they say: Talking Longhorn volleyball with The Daily Texan

This week in sports