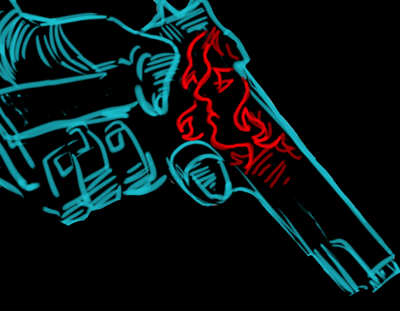 When GOP candidate Leslie Gibson called Emma Gonzalez a “skinhead lesbian” — and subsequently dropped out of his race for the Maine House of Representatives — he joined in on a national chorus to berate any woman who dares to enter the civil discourse, especially one as uncivil as the gun debate.

Gonzalez had been through hell: first when 17 of her classmates were killed at her high school and again when some Republicans took turns ridiculing her and the other founders of the #NeverAgain movement.

But this isn’t the first time a lady led a national outcry, and it won’t be the last.

#BlackLivesMatter and #MeToo have similar histories. #BlackLivesMatter was conceived by Patrisse Cullors, Alicia Garza, and Opal Tometi in response to the acquittal of Trayvon Martin’s murderer. #MeToo may have became viral when Alyssa Milano tweeted it in October 2017, but the movement began ten years earlier in the hands of Tarana Burke, long before hashtags.

So, when women (specifically, women of color) are already leading the charges against police brutality and workplace sexual harassment, and when the United States is the most dangerous country in the developed world for women in the context of gun violence, a movement against guns led by women of color is inevitable.

According to the Center for Disease Control, 44 percent of lesbian women, 61 percent of bisexual women, and 35 percent of heterosexual women reported experiencing rape, physical violence, and/or stalking at least once in their life in an intimate relationship.

Guns add a more harmful layer. According to EveryTown for Gun Safety, the presence of a gun makes it five times more likely that a woman will be killed in a domestic violence situation.

But according to Angela Ginorio, professor emerita of gender, women, and sexuality studies at the UW, this movement may have some deep-seated nuances that may not make it as simple as a hashtag.

One of these issues is the perception that poor people and people of color perpetrate violence against women at higher rates, when in reality, it’s everyone. Police frequently confront communities of color in biased ways, and this means communities of color may be more likely to solve this issue internally so that they are not “doubly oppressed,” Ginorio said.

This pairs with the issue of legislation. Even well-meaning legislation can do harm: Several states, including Washington, have a mandatory arrest policy, according to the American Bar Association. This means when the police are called to a situation in which they believe an assault has occurred, they must make an arrest.

The most dangerous situation for a police officer to respond to is a domestic violence situation. Police groups and feminists were both looking to lower the homicide rate in these scenarios and searched for a solution. The result: mandatory arrest laws. These have ended up disproportionately affecting women because they fight back, according to Ginorio. When victims fight back, that’s generally the first thing police see when they arrive on the scene, so the victim can end up getting arrested instead of the initial aggressor.

These nuances are part of a larger reckoning that this country is yet to have when it comes to gun violence, Ginorio said. “If white, middle-class men admitted that the majority of mass shootings are committed by [them], the next question might be, ‘What is in common with that group?’”

Ginorio believed toxic masculinity—the cultural norm that largely limits men’s expression of emotions to anger and violence—is at the root of the problem.

“In domestic violence, the real lack is that this culture does not want to talk about toxic masculinity and all it means,” Ginorio said. “Until the perpetrators start acknowledging their part in it and the root causes of it, we’re just putting bandages on it.”

But even through these obstacles, grassroots organizations at the UW have been working to make the community safer for domestic violence victims.

“The majority of incidents that involve firearms [of my clients] are intimate partner/familial violence, followed by stalking,” said Victoria Adams, a crime victim advocate for the UW Police Department. Adams has clients from the greater Seattle area, including UW students.

According to Adams, if someone is seeking a domestic violence protection, a stalking protection order, or an anti-harassment protection order and their abuser owns a gun, they can also request a weapon surrender from a judge.

“Anyone seeking a protection order can request a weapon surrender, and it’s up to the judge/commissioner whether she will grant it or not,” Adams said.

Enforcement is part of the issue with weapon surrenders. King County recently began a program to address this: the Regional Domestic Violence Firearms Enforcement Unit. This unit allows officers to remove all firearms from a home where a domestic abuser lives just minutes or hours upon a judge’s order.

Another policy new to Washington is the availability of an Extreme Risk Protection Order.

According to Adams, “These can be pursued when, for whatever reason, a protection order that prevents contact between parties isn’t an option but the respondent still poses a risk involving firearms.” The order allows a judge to temporarily suspend a person’s access to guns if that person has been proven to pose a serious violent threat.

But even without a court order, Adams and her team can help domestic abuse victims keep themselves more safe.

“Generally, when one’s abusive partner owns or has access to guns it can be protective to become familiar with where they are located, how many there are, what they look like or what type they are, how many rounds they hold, and what one sounds like,” Adams said.

The Seattle-based organization Grandmothers Against Gun Violence is another way in which women have taken power in this conversation. Ginorio referenced Rita Arditti and her book “Searching for Life” on the grandmothers who challenged the Argentine dictatorship of the ‘70s and ‘80s when talking about the Seattle group: They “transformed their personal grief into political activism … creating a new form of political activism based on the values of love and caring.”

Families have experienced enough personal grief at the hands of firearms. Ginorio told me that for young men between ages 14 and 20, the leading cause for arrest or incarceration for homicide is that they killed the abusers of their mothers. It doesn’t just hurt women. Suicide is four times higher in males than it is in females, and 60 percent of gun deaths are suicides.

Domestic violence never occurs in a vacuum. It harms everyone; victims can be male, female, or nonbinary. They can be of any race and class. Domestic violence pervades each divide in our society, but one thing remains clear:

Women have been wildly successful in leading local and national discourses. The discourse around guns, and their role in intimidating and killing women and the people we love, must be next.